The government of India has launched the Jawahar Lal Nehru National Urban Renewal Mission Scheme for the selected cities of the country. The JnNURM scheme has two submissions namely Urban infrastructure and Basic Service to the Urban Poor. Basic Services to the Urban Poor focus on access to infrastructure for the urban poor. This submission shall have a seven-point charter: Security of tenure, Housing, Water supply, Sanitation, Education, Health and Social security cover. Eligible cities proposing projects for investment support shall be eligible for Central assistance 50 %, State assistance 20 % and the 30 % contribution shall be of ULB / beneficiaries.

Surat is one of the eligible cities under JnNURM scheme. The status Detailed Project Report Sanctioned under JnNURM of Basic Service to the urban poor for Surat Municipal Corporation is as under.

Surat Municipal Corporation (SMC) is one of the best Planned Corporation in state of Gujarat. Due to fast industrial development & better job prospects every year, thousands of people are migrated from all over the country. Due to this migration slums are developed every year on outskirt of the city. SMC planning to make the city zero slum in forth coming years. For that slum rehabilitation policy is prepared by SMC. Seven DPRs for construction of approx 42156 flats worth Rs. 560.41 Crores for relocation of slum dwellers are sanctioned under scheme of JnNURM-BSUP by Government of India.

To check the new slum dwellers for getting benefits of these relocation schemes and as per guideline of JnNURM-BSUP, it is necessary to carry out the biometrics survey of the slum dwellers of the city.

For carrying out biometric survey of the slum dwellers of the Surat city. EOI are invited by EOI notice no. AC/SUC/01/2006-07. In the response of the notice five agencies have sent their interest. A presentation was made on Dt. 23-03-2007. After studying presentation and opinion of officers SMC a Term of Reference (TOR) including Scope of works and format of survey, smart card and other details, terms & condition and format for letter of offer is sent to all five agencies who have shown their interest for this work.

After due consideration, the work of biometric survey is awarded to Smart Chip Ltd., New Delhi. The work order is issued to the company on Dt. 20-07-2007.

The biometric survey is under progress in various slum areas within city. The survey is carried out in phase viz. (i) Household survey which covers the family details like name of head of family, income, occupation, education qualifications, name of family members with socio-economic details etc. (ii) Location photograph of the dwelling unit with at least one family member & (iii) Enrollment which covers with computerized photographs of all family members with thumb impression. 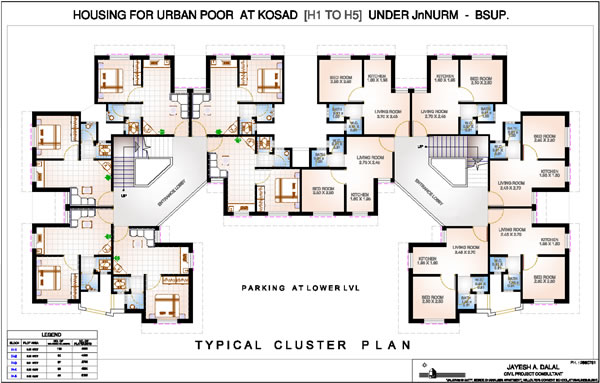 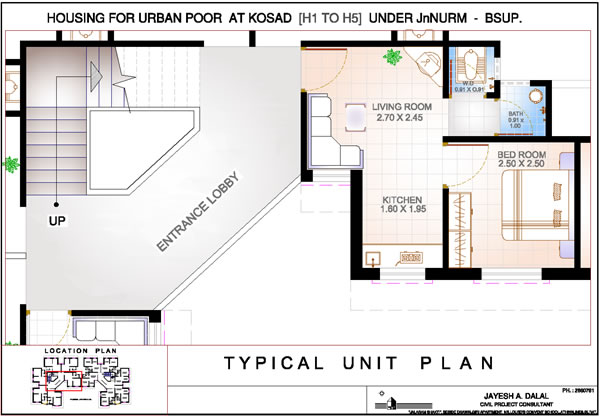