Object of the Month 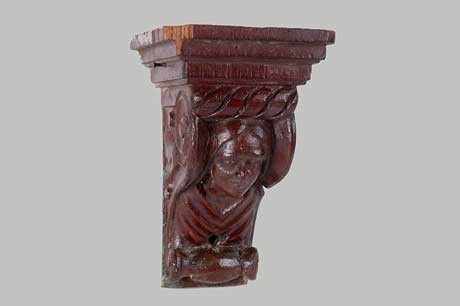 Architecture is both the process and the product of planning, designing, and constructing buildings and other physical structures. Architectural works, in the material form of buildings, are often perceived as cultural symbols and as works of art. The socio-cultural factors of different era can easily traced through the evolutions of different kind of buildings. Residential buildings too can be differentiate from each other on various built types, it can have characteristics of culture, community, religion and family, which can be seen in architecture significantly in terms of organization of spaces, volumes and facades.

In city like Surat, the historical and cultural influences have impacted architectural styles too in following way:

The building stock of Surat reflects cultures of the settlers. Depending upon the stylistic influence brackets are also found in various materials, made from wood, stone and metal that overhangs a wall to support or carry weights. In many houses on the entrance portrait of house owner are found. On the brackets too, portraits or bust of deities for blessings, peace or prosperity are found.

The present artefact is a painted bracket carved in wood, and is from the collection of the Sardar Vallabhbhai Patel Museum. The bracket can be a part of any old building from Surat. Its front portion has carved bust of goddess for blessings, peace or prosperity. The influence of Colonial style is prominent in the making of the bust, whereas its both sides has traditional decorative carving of floral motifs and the portion has influence of Arabesque style with geometrical linear engraving. The bracket is painted in dark brown colour. Its dimensions consists of 16.5 cms height X 10.5 cms length X 11.0 cms breadth, and it weighs 597 gms.